Cebu is one of those cities that transforms as the sun begins to set in the west. In a good way! 🙂

The events that happened on my second night in Cebu was made more memorable thanks to a wonderful dinner with Drew’s siblings and Ate Kara, his cousin. If you remember in my past post, we attended her wedding sometime last year. 🙂

Along with Matt, Louise, at Ate Kara, we headed to Moon Cafe at The Walk, IT Park, for dinner. 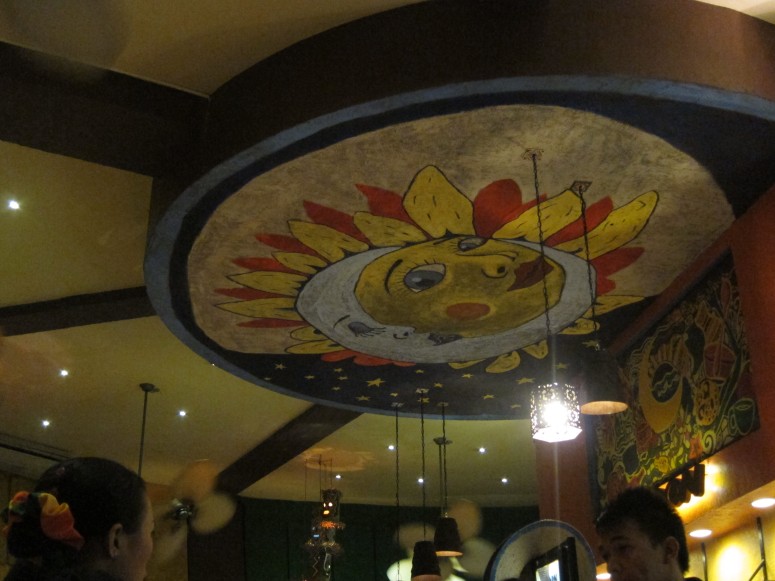 The place was very nice and it had this Mexican theme going on. Although it doesn’t really look like a normal cafe, it had a nice atmosphere for dinning with family and friends.

After settling down and ordering some food, I watched and listened to Drew and his relatives catch up with each other. They were purely speaking in Cebuano and I’m SO thankful I can understand it very well. I would think myself as a burden if they had to speak in Filipino because of me.

The same goes with the rest of the Bogers. Some of them would try talking to me in Filipino because they knew I was from Manila. most of the time I’d stop them and say that it’s alright to speak in Cebuano since I can understand Cebuano. That way, it would be a lot more comfortable for them and for me. 🙂

After waiting, our food came and I was amazed to see the sizes of their serving! I can certainly say that eating here gives you a bang for your buck! 🙂 Here are some of the dishes we had.

Dinner was so yummy!!! 😀 I think that was my first “super fulfilling” meal so far. After dinner, we went to the field across The Walk and went over to the tiangge.

THE Sinulog Festival 2012 was happening the next day so I looked for a wide brimmed hat to guard myself from the sun since I didn’t bring my umbrella with me. Good thing I found one!!!!! harhar! 🙂

Drew and I parted ways with Matt, Louise, and Ate Kara after dinner and headed to Drew’s friends who were waiting at Cara and Zneb’s place. After a few minutes, we went to Tom’s sister’s bar for a few drinks. 🙂

Tom left us there for quite awhile and when he came back, we went to Nuvo, a club somewhere in Cebu City, for a taste of the clubbin’ night life. 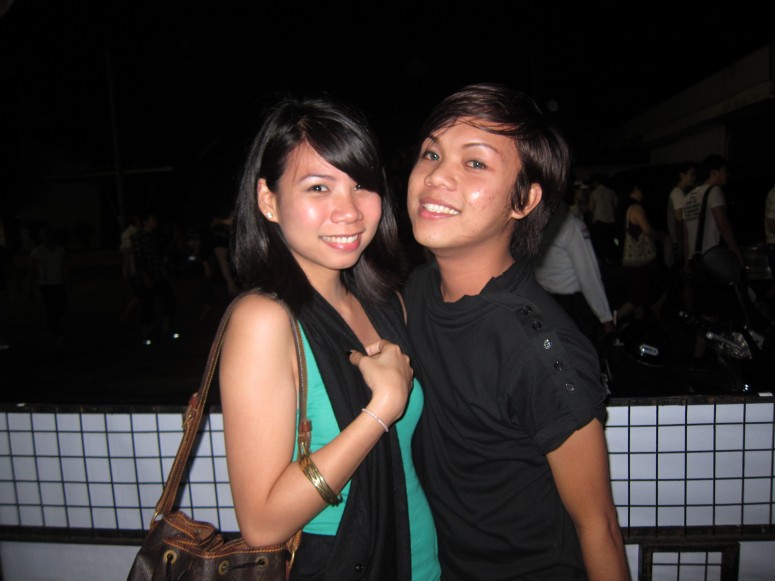 This is me and Bernie. We happened to be at the same place that night! 😀 We were classmates from Sacred Heart School, Tacloban City. 🙂

I only have a few photos of that night since I was mostly trying to socialize with the people. 🙂 Drew drank quite a lot, again, so we went home to Ate Kara’s house to finish the night.

One thought on “Night Life In Cebu”