A day before my birthday, I was given the opportunity to join Maquillage Professionnel and do makeup for a concert. De La Salle University’s Innersoul was having their annual concert and this year it was entitled “Mga Awit ng Pagsinta: Isang Konsert-Drama“.

I was able to do makeup for 2 of the lead characters (male and female), plus 2 more ladies, 1 more male, and 1 child. =)  Here are photos of the ladies I was able to put makeup on. =) Photos show with and without flash.

here are terrible phone photos of the concert. hihi

I grabbed these photos from the FB page of Mga Awit ng Pagsinta. Photos are by Tata Pasion Lapus. 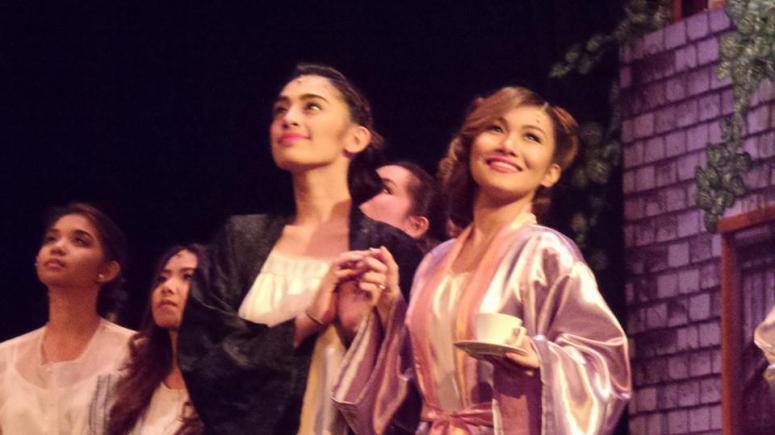